Hey guys, Thanks for joining us for the sixth Devlog!

Up until now, we viewed the map as we view the levels – a 45 degrees perspective camera. It worked well for our levels, we loved the parallax effect and the illusion of depth, but we felt it didn’t do justice for the map. We choose to change the map’s camera projection to orthographic, unifying the map for the flat look it deserves. We think it better communicates our intentions for the map as a UI element and not an actual part of the world.

Let’s now focus on the second region, Nugget and Penny arrive at it after leaving the village. In the factories region, they go through four challenging levels – from now on, no more easy tutorial levels for our heroes.

The Greenhouse level, which we teased in the previous Devlog, has the same mechanic as the Garden level from the first region – Protect mechanic. Instead of protecting radishes, the players get to know the factories’ Eternal plants for the first time and rescue them from the hungry moles.

Next up is the Filling Line level. A level with the familiar mechanic of Steal we encountered at the Market level from the first region. At this level, we push the mechanic one step further. The players are competing against other workers to become the employees of the month. Though their Filling Pods are malfunctioning, so they have no choice but to steal capsules from the other employees. 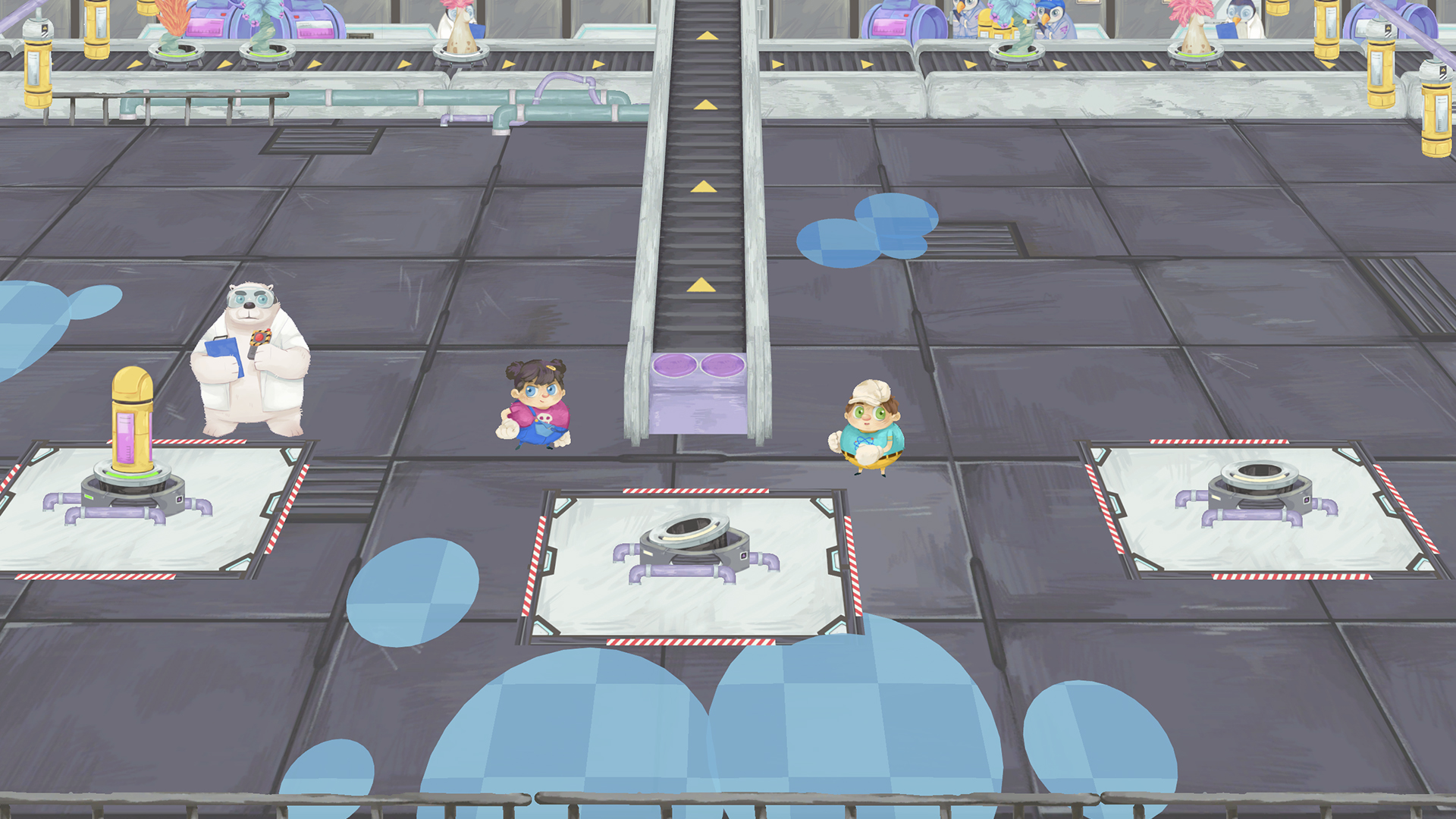 In the background, we can have a peek into the purpose of growing Eternal plants – sucking their energy dry. As we do with every level, we started by gray boxing the layout and put the core mechanic elements in place. At this point, we encountered an issue. It turns out the code of the Steal mechanic wasn’t flexible enough to accommodate the upgrades of this level. We went ahead to update the mechanic to support all our future levels. After that, we moved on to a complete environment and level design.

The third level is the Maintenance level. It is still work in progress, and it’s going to be our first level to combine more than one mechanic. The players will fix the pipes while trying to steal the trophy of their annoying boss – a combination of the Protect mechanic and the Steal mechanic. 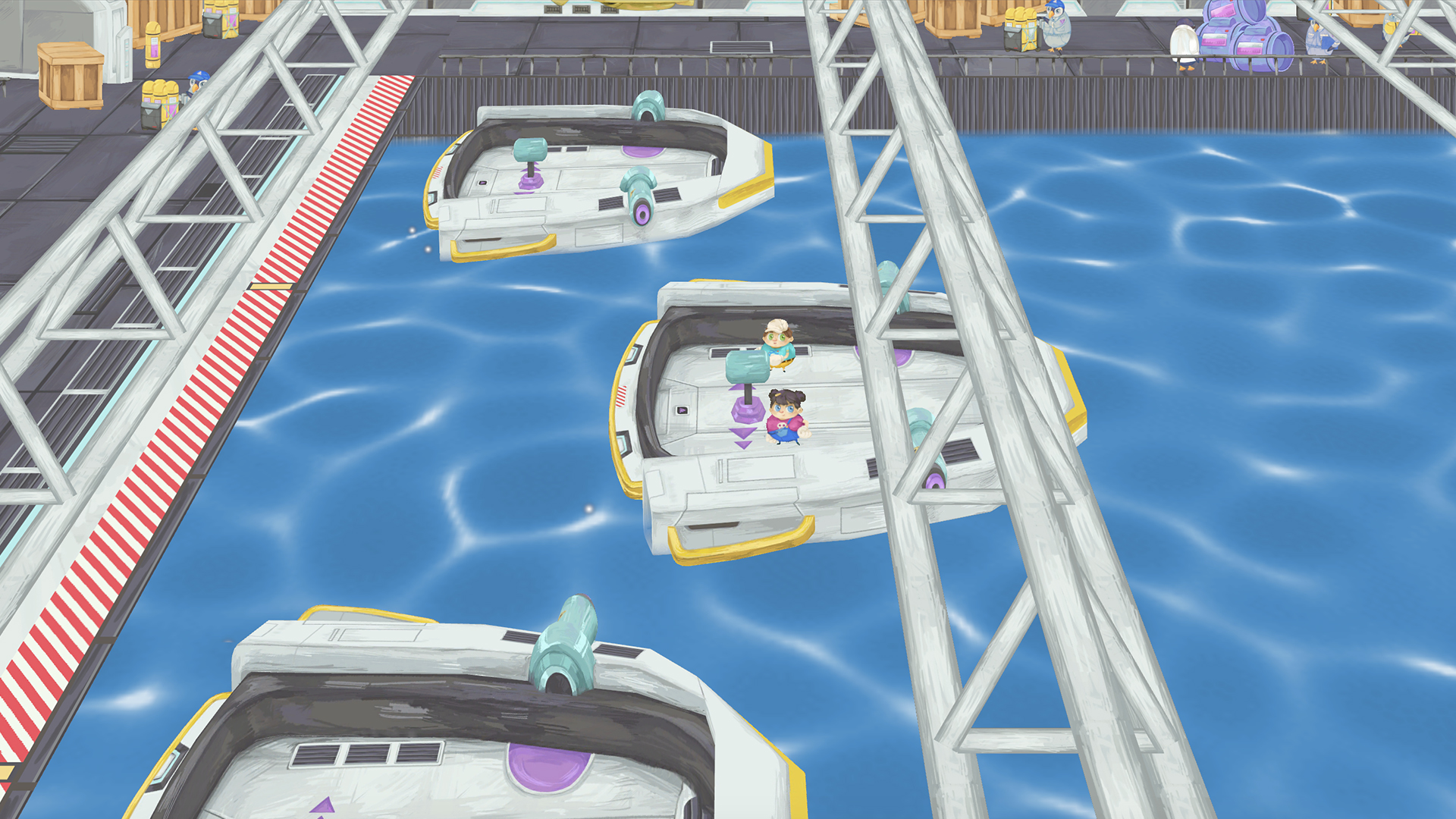 Winning this level will lead to a cutscene that occurs on the map. The radome enclosing will disappear to reveal the Factories’ control center. Nugget and Penny will discover how much damage the factories are causing. And the nearing consequence of awaking the legendary Kraken – which turns out is not a legend at all but a real danger.

By the end of the cutscene, the players can use the stairs to reach the final level of this region – the Shipyard. This level is similar to the Port level. The players will have to navigate the sea while defending the ship and shooting at feral sharks. This time though, Nugget and Penny steal the ship they are traveling with, and need to get rid of the factory guards that chase them. We hope it will make a thrilling level. 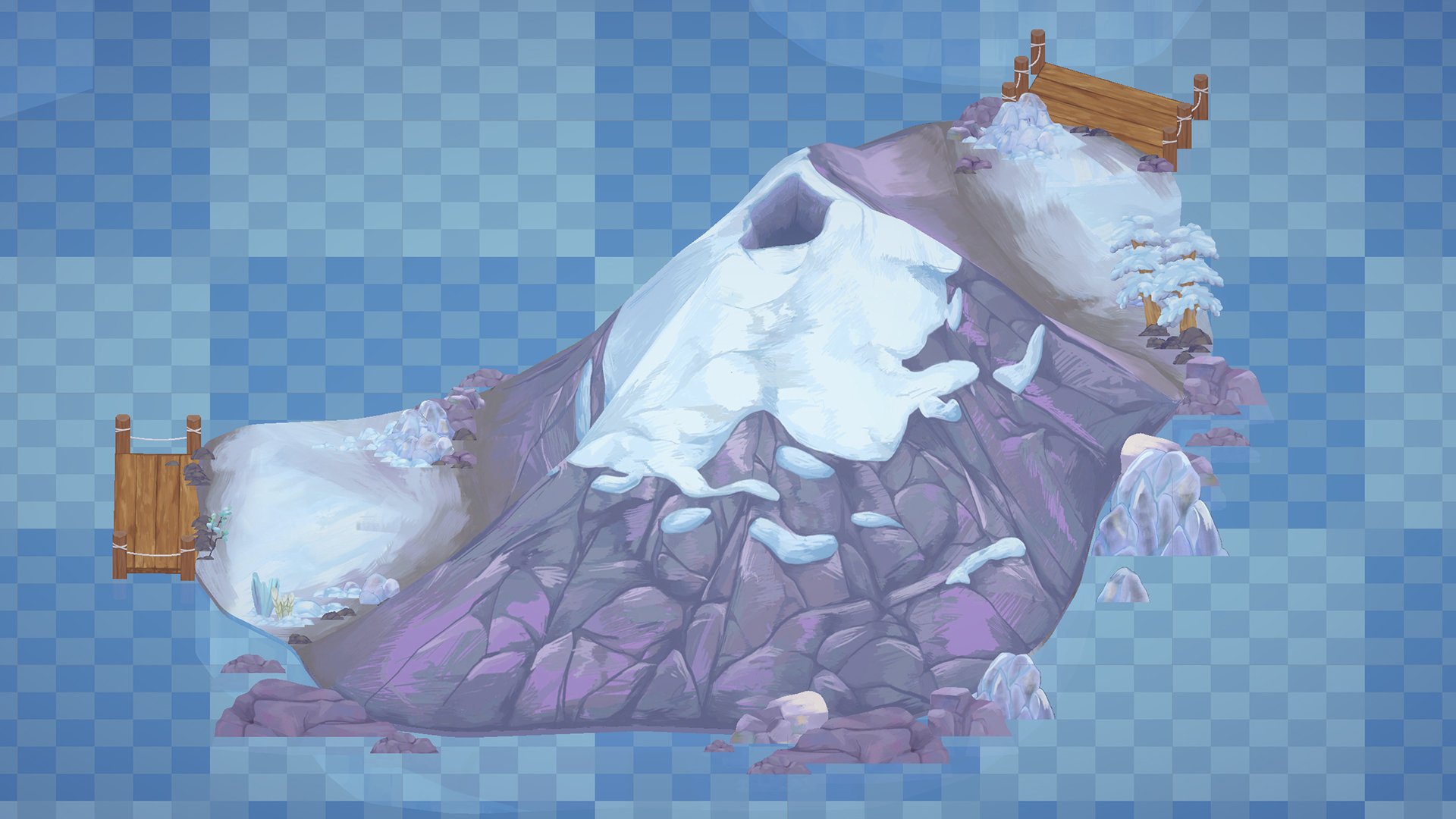 Finishing the course of the Shipyard level will lead to the third region. As you can see, this region will take place inside a mountain, which we modeled in 3D. We have to admit it’s refreshing to work with 3D objects now and then. It was a challenge blending the mountain with the 2D aesthetics of the game, but we are satisfied with the result. The third region a big visual break from other areas of the Arctic world; But you will need to wait for the next Devlog to find out more about it, so stay tuned.

Last but not least, we have started animating the walk cycle of Nugget and Penny! We had to ditch the animations from the prototype and start over – it a bummer, but we hope it’s for the best. Still, we have a lot to do, as those kids walk in 8 directions, but we are getting there.

That’s it for this Devlog, thank you for reading.