Devlog #5 – An asset comes to life

If you’re following along, we think that at this point, you won’t be surprised that we changed the map yet another time, right? But this time is the final design, and we are soon to move on to the next region. 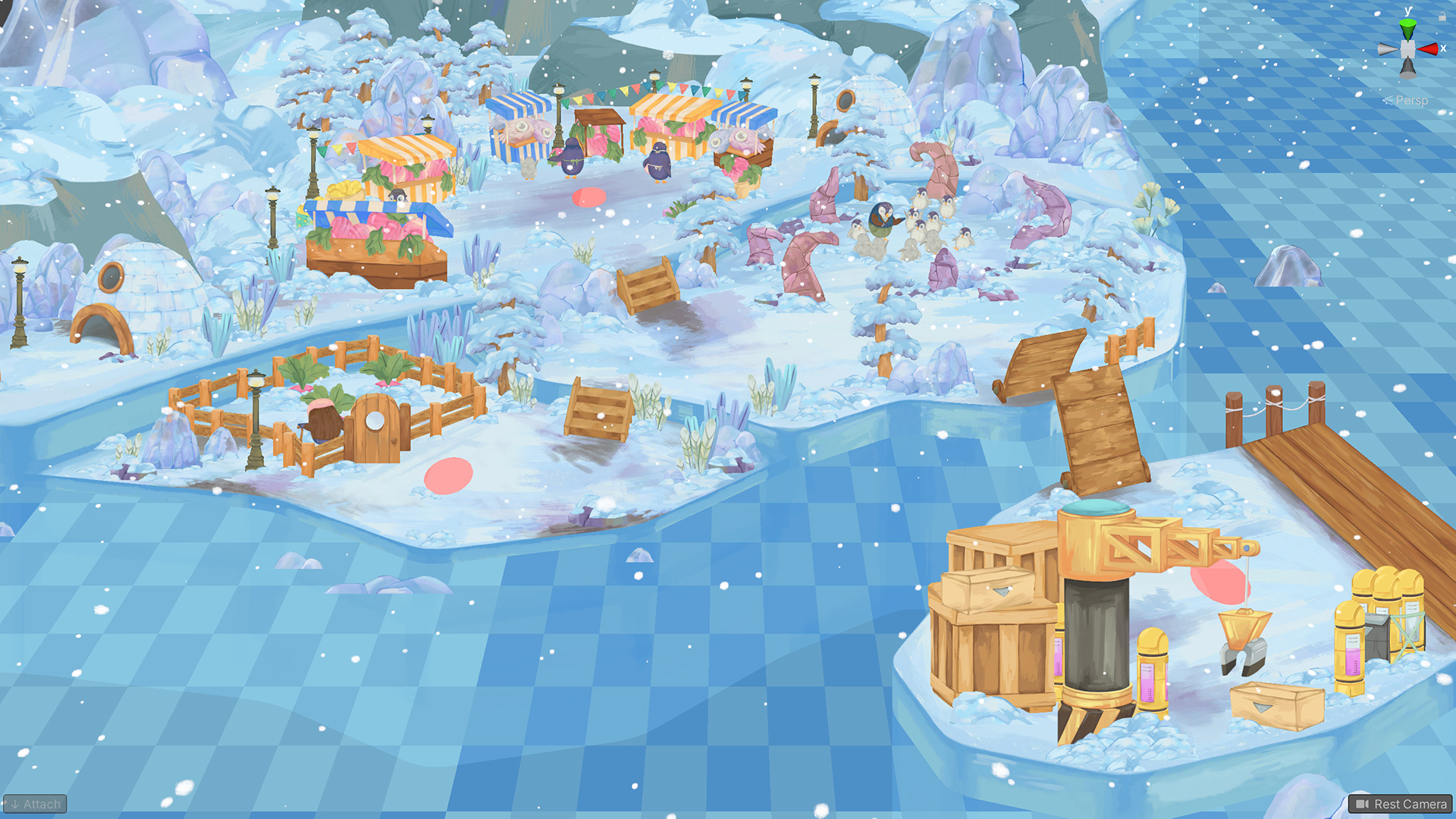 We spread the village and market to utilize the island more significantly. We also added a new section, which is a temple for the Great Kraken – this is where Nugget & Penny hear about the Kraken for the first time.

We created a shader for the icebergs. We think it looks really nice when the characters go near – it reflects and refracts them.

We now have an outline of all the game levels and narrative. Part of it was giving each level a name, it’s mostly for our communication and probably won’t appear in the game. Usually, it describes the environment of the level instead of the mechanics since mechanics appear more than once. For example, the tutorial of the moles mechanic is now called “Garden,” the tutorial for the Steal mechanic is called “Market,” and the Nav & Shot tutorial is called “Port.” Speaking of the Port level – we worked on its level design, and we think that besides the water, it’s complete.

We also redesigned the boat; we felt the previous boat had an old feeling, and we want a more modern high-tech design.
It’s an excellent opportunity to see the full process of creating a new asset for the game. We start by defining the asset’s goals; we ask ourselves how it-will be-used in a mechanic and how it will advance the narrative.
After that, we explore how we can visually achieve the goals we defined and create an appropriate sketch or concept art. 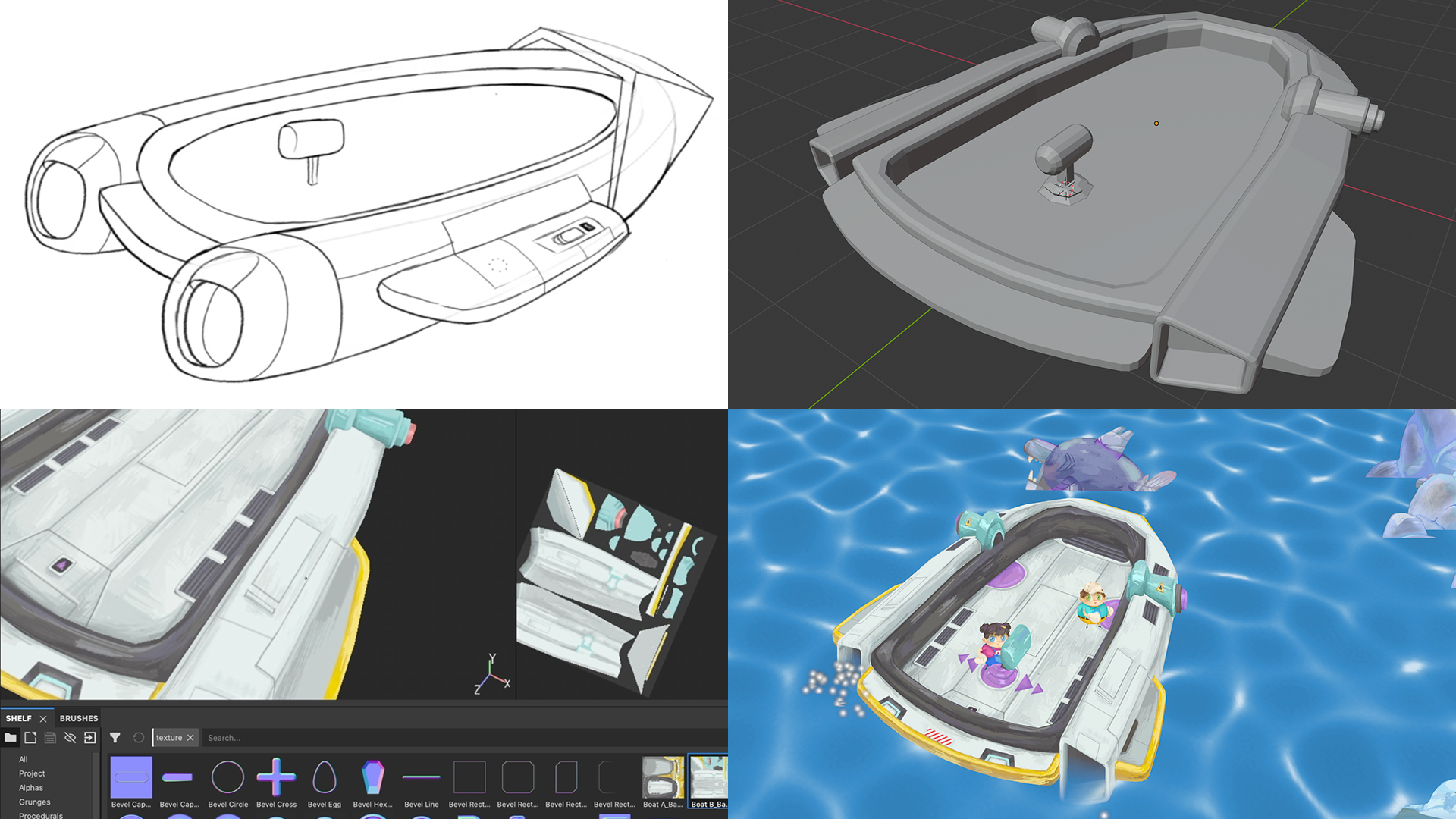 The sketch later comes to life in a 2D art and animation, but for the boat, we went with 3D, so we modeled it according to the sketch.
The final touch is to hand-paint the texture for the boat model. Painting the texture is a critical part since it needs to be precise and mimic the 2D art style in order to blend in. 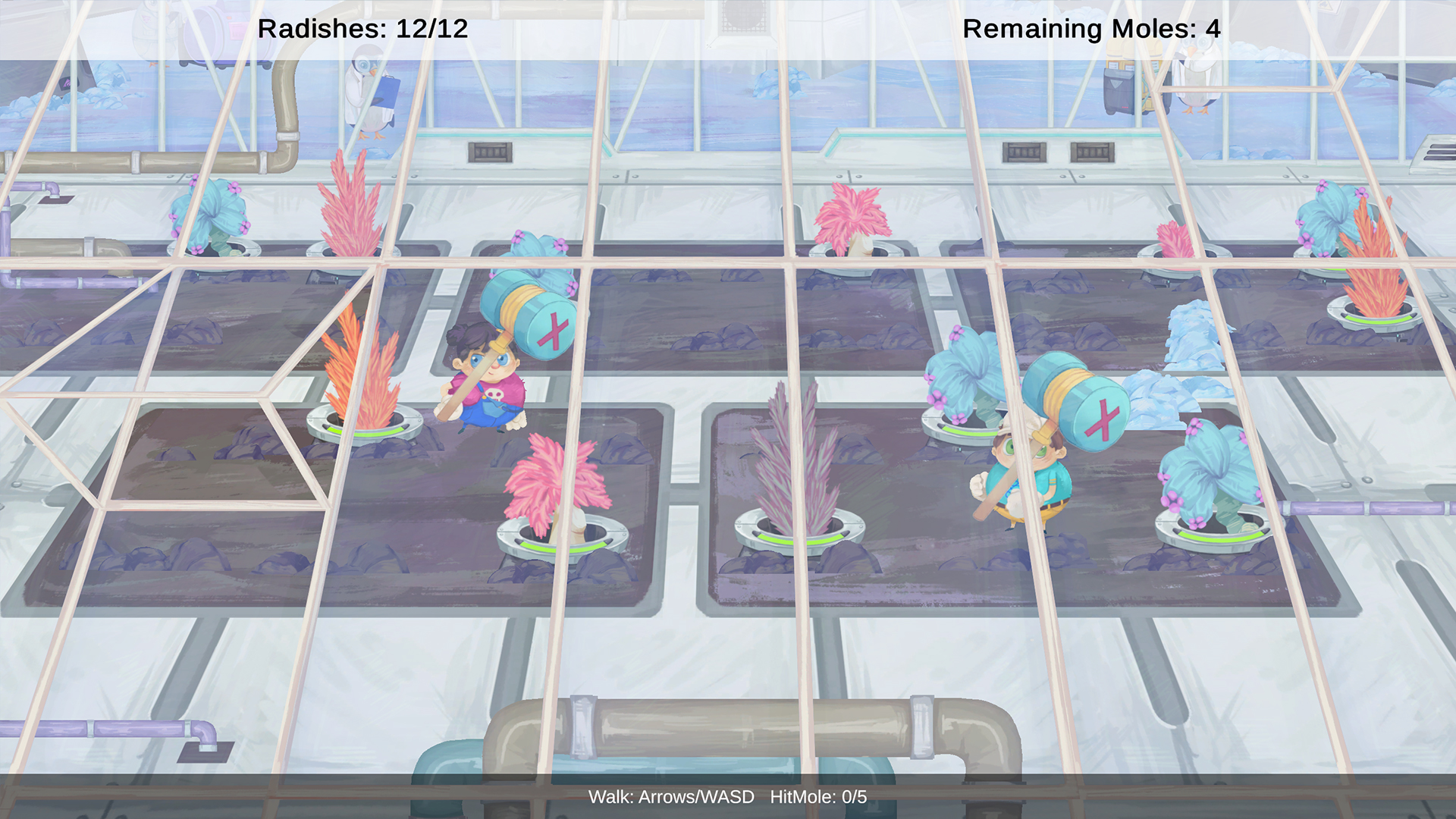 That’s it for this Devlog, thank you for reading.