Our plan is for Nugget & Penny to have three different worlds to explore, each with its unique adventure. The players will have the option to choose which world they would want to play. We do have a preferred order, which goes as follows: Genesis world, Arctic world, and Mechanical world. At this point, the genesis world and the mechanical world are a bit undeveloped. We have a vague idea of what quests they will have, and the design of a few world's characters, we pushed them aside. For now, we focus on the Arctic world.

Design-wise, we are creating assets for the world's environment, such as glaciers and plants. During the past two weeks, we have made six different kinds of plants. 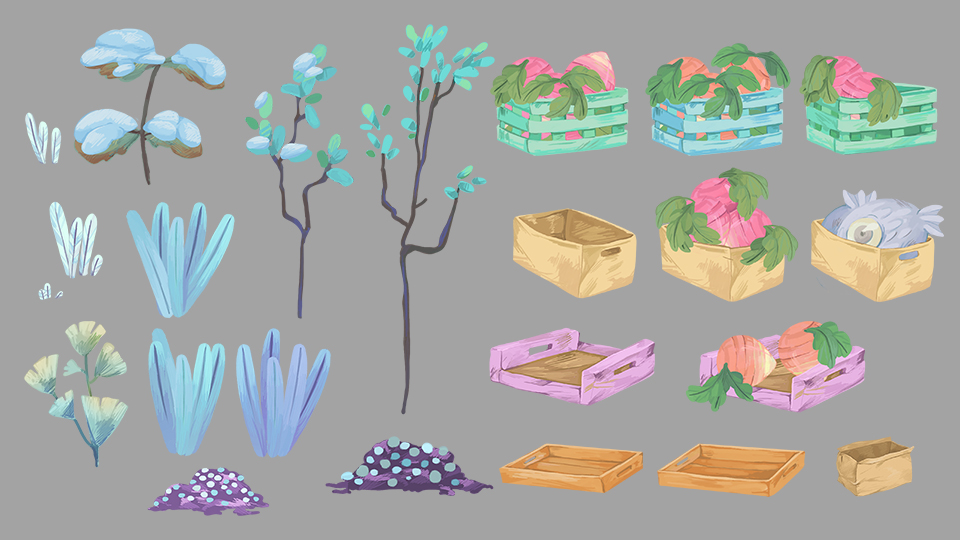 As the Arctic world would split into 4 or 5 regions, we thought to begin with the penguin's village region. We did some exploring and started creating the game assets for the villagers' igloos. However, we weren't sure how we want the village to look, so we choose to start with the market instead. 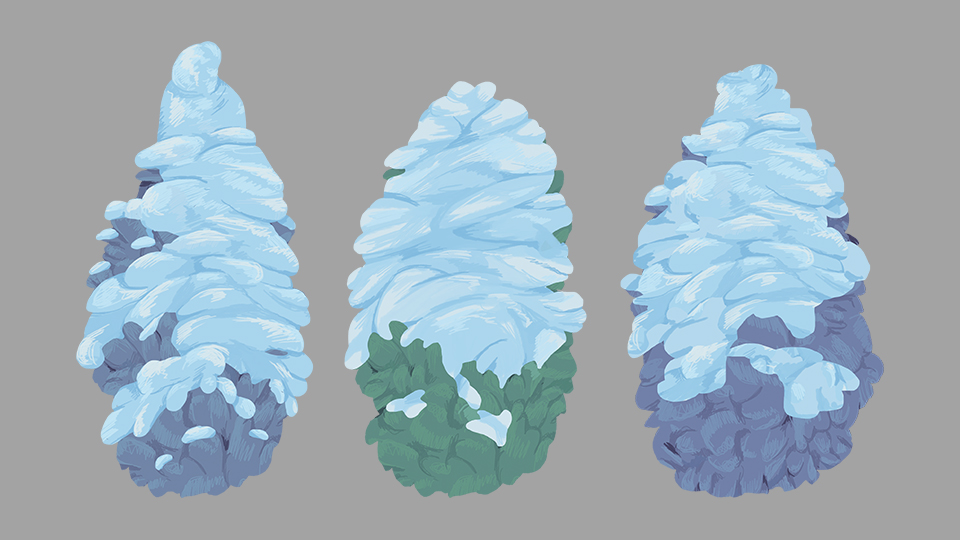 From the gameplay perspective, we are porting mechanics from a few prototypes we created. Our main progress is on our take on the Whac-A-Mole mechanic. The players will run and hit any evil mole making its way to steal a precious radish. We do hope it will create fun and challenging levels.

We took the illustration of the mole and prepared it for animation in Spine. Managing to animate the following states: Hide, Show, Idle, Hit, and Death. We also created different animation states for the radish.

Next, we put lots of effort into reaching the desired behavior, look & feel of the moles' trails underground. Our goal was to make the moles move underground as organically as possible, with the ability to run away when those dummies hit's an obstacle. After looking into established algorithms like Random Walk, we opted for a more naive approach – using plain random direction with gradually biasing the direction towards the assigned target. We are pretty satisfied with the results.

Another difficulty we came across was a nasty performance hit with the integration of Spine animations with Unity. We suspected the problem to be the Mesh feature, the same feature which attracted to use Spine in the first place. Reducing our usage of Meshes, improved performance but severely harmed the quality of the animations. Eventually, we detected the real performance killer – the Masks. After considering all the pros and cons, we made the call to eliminate the utilization of masks in our Spine animations.

Thank you for reading, we would love to hear your thoughts!
For more Devlogs and tutorials, be sure to watch our full videos on YouTube and follow us on social media.